Even as parts of the world begin to tentatively reopen in-person spaces, Sensor Tower data shows that usage of the top mobile video conferencing apps remains elevated beyond what was seen during the peak of the COVID-19 pandemic in 2020. An analysis of Store Intelligence data reveals that collective monthly active users of Zoom, Microsoft Teams, and Google Meet in the first half of 2021 were still more than 2.5 times higher than in H1 2020. 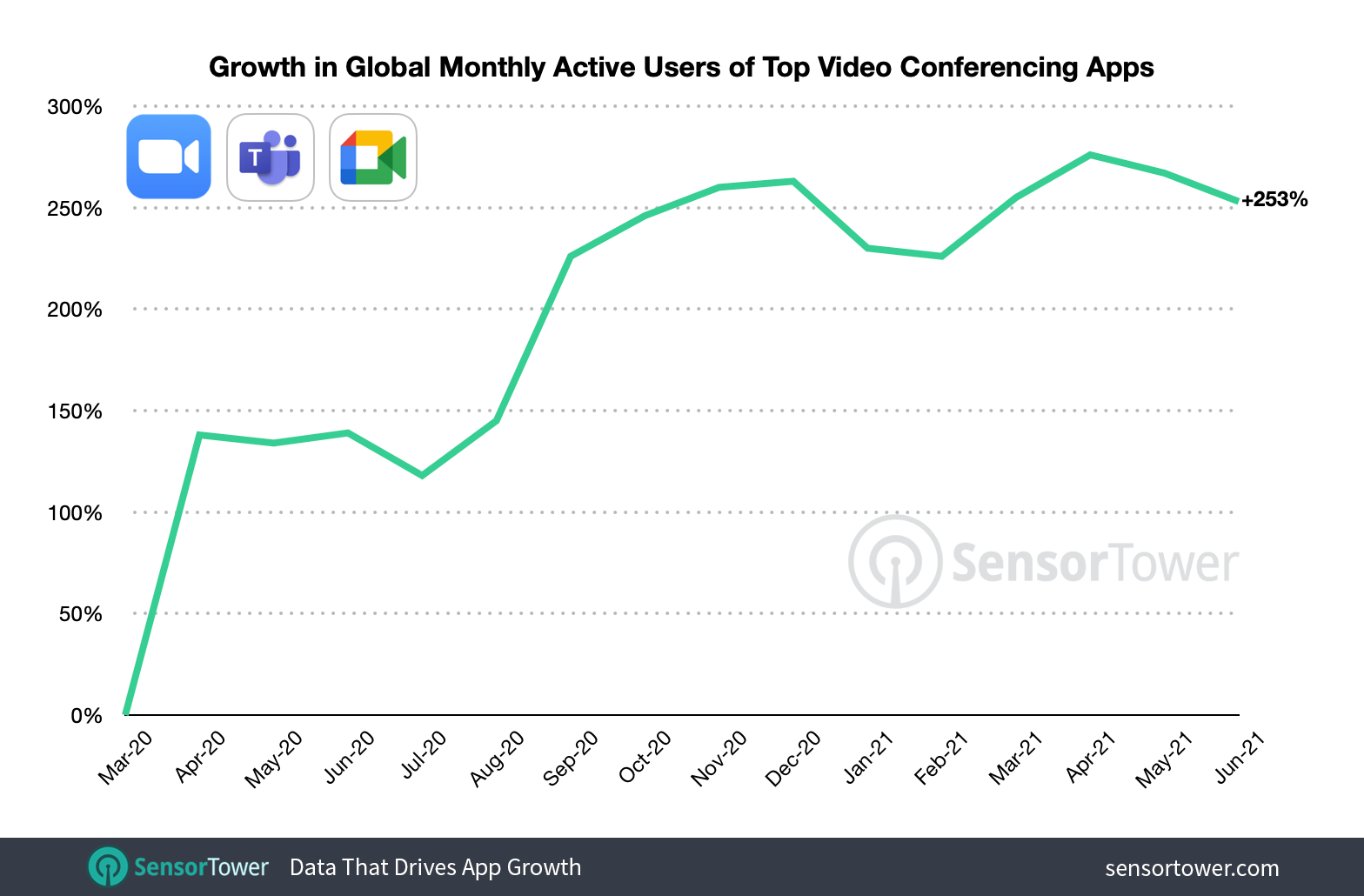 When indexed against monthly active users in March 2020, the three apps saw more than 3.5 times more users engage with them in June 2021.

While the top video conferencing apps have seen increased usage from existing users, apps such as Zoom have continued to see elevated adoption as well. As a cohort, Zoom, Microsoft Teams, and Google Meet have collectively seen consistent adoption rates across the past four quarters, although their adoption is unsurprisingly down from Q2 2020 at the onset of the pandemic. 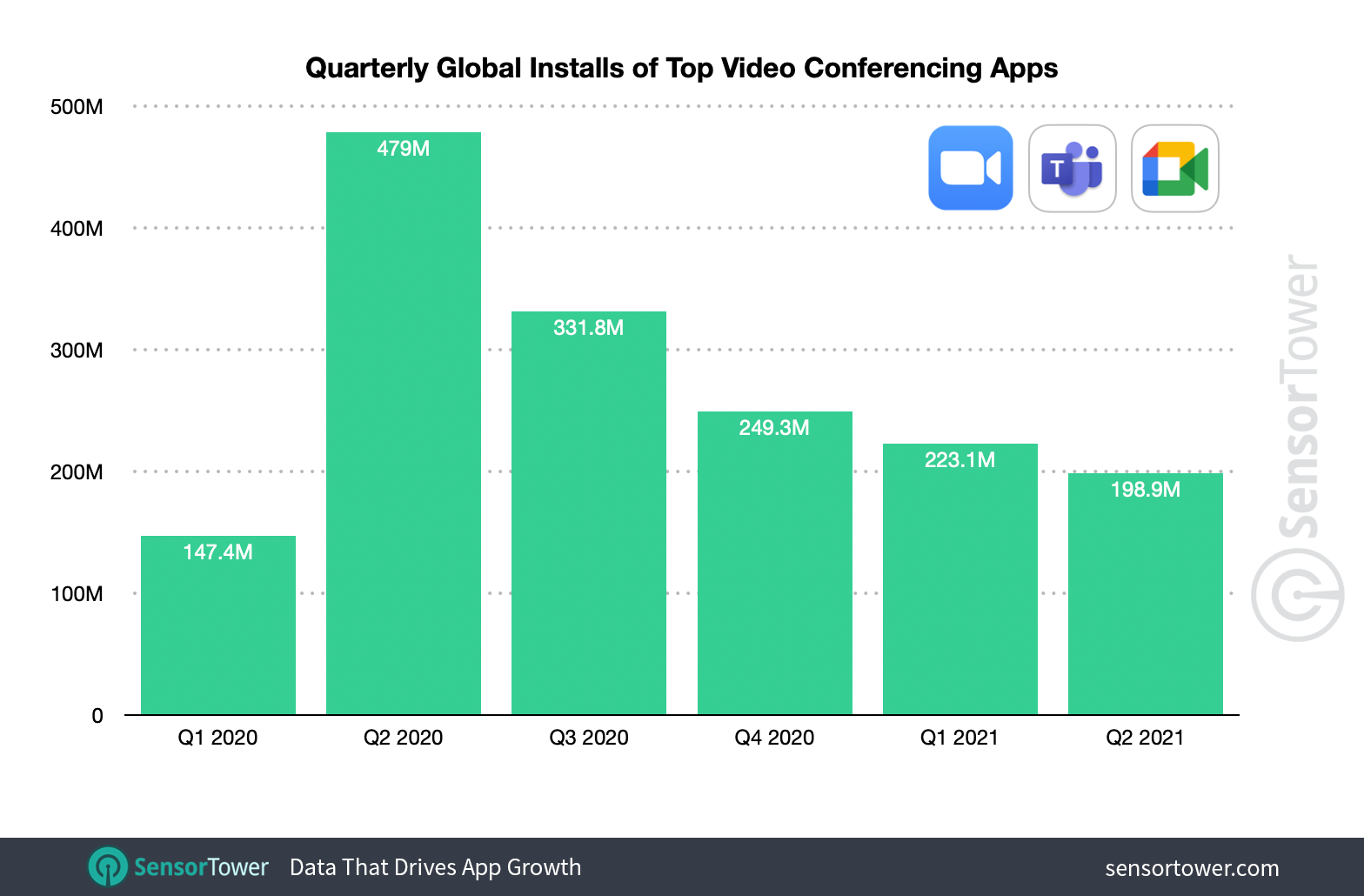 Zoom, Microsoft Teams, and Google Meet have continued to iterate on their platforms over the past 18 months. Microsoft and Google have both rolled out quality of life improvements, such as Together Mode and filters, while Zoom has turned its eye toward building an events marketplace and support for third-party games.

Some of these initiatives are aimed at improving the remote experience, while others are in preparation for the return of workers and students to in-person offices and classrooms. Whatever the future of virtual get-togethers hold, the platforms will likely continue to reach parity in some features while also seeking to differentiate themselves to both retain existing users and siphon away consumers from their rivals.