During its first year, Genshin Impact was the No. 3 revenue generating mobile game globally, not including spending through third-party Android stores, behind Tencent’s Honor of Kings at No. 1 and PUBG Mobile at No. 2, and above Pokémon GO from Niantic at No. 4 and Roblox from Roblox Corporation at No. 5. Excluding China, Genshin Impact ranked as the No. 1 top grossing mobile game worldwide, ahead of Pokémon GO at No. 2 and Roblox at No. 3. 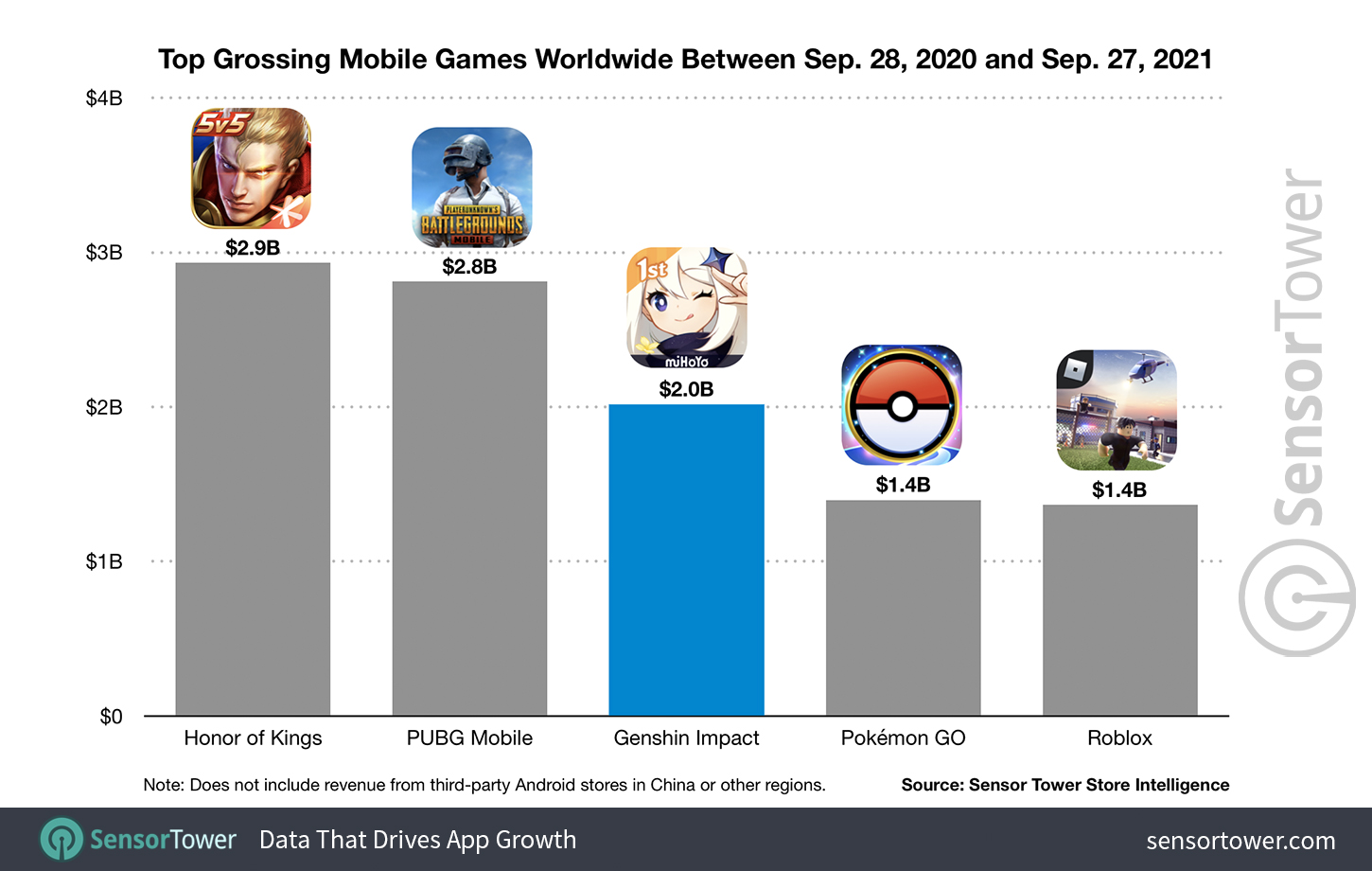 Genshin Impact has had one of the most successful mobile game launches ever. The title took less than six months to reach its first $1 billion, faster than the nine months it took Pokémon GO and the 10 months it took Lineage M from NCSoft to achieve the same milestone. In its first full year, Lineage M picked up close to $1.2 billion, while Pokémon GO accumulated $1.1 billion.

China ranked as the No. 1 market for player spending in the mobile version of Genshin Impact during its first year, generating approximately $577 million to date, or 28.6 percent of total global revenue, via iOS alone (Sensor Tower does not track spending on third-party Android stores, such as those found in China). Japan ranked No. 2 with 23.7 percent of player spending, while the United States rounded out the top three with approximately 21 percent of revenue.

Genshin Impact has been a groundbreaking release, riding the trend of cross-platform titles and changing expectations of what kinds of experiences are possible on mobile with its expansive world. Hot on the heels of what is its best month ever, Genshin Impact looks to have a long and positive future ahead, having already become one of the highest grossing mobile games ever in just the span of a single year.