Announced in June, iOS 11 will finally be released to the public on Tuesday, September 19. Apple's latest mobile operating system boasts a bevy of enhancements, but in terms of initial impact, the most obvious change for app developers has been the entirely revamped App Store. In fact, this release marks the most significant overhaul to Apple's app delivery experience since its launch in 2008.

For all the promise to be found in the streamlined and more highly curated storefront, it may not ultimately be the watershed moment iOS 11 is known for when we look back at its release a few years from now. That distinction could very well go to something iOS users won't even know exists right away. We're talking about the ARKit framework, which may usher in a whole new era of games and apps that meld the mobile experience with the real world—or at least deliver a serious jolt to the fledgling medium of augmented reality (AR).

A Step Beyond Existing Experiences

Many iPhone users got their first real taste of AR in July 2016 with the release of Niantic's Pokémon GO. It could even be said that the game's rudimentary AR functionality—which did little more than place Pokémon over a live view from the device's camera and track them in 3D space—was a significant contributing factor to it becoming a viral sensation with many casual and even non-gamers. More recently, Snapchat sparked its own viral AR sensation in the form of the Dancing Hotdog meme.

These examples represent the novelty of current-generation mobile AR. With the release of iOS 11, AR is becoming a core element of Apple's platform, with all the developer support and marketing might that brings with it. Yes, it's likely that the first weeks and even months of this new "age of AR" will see many more novelty uses of the technology ARKit provides—a much more convincing AR experience that is easier for developers to implement—but this is the norm with the launch of any new technology. We expect ARKit to enable developers to deliver hitherto impossible game and non-game experiences that will truly drive apps forward as a part of everyday life.

It goes without saying that an impressive new visual-based technology that allows for novel user interactions will alwats see its earliest implementations in games. Even Apple realizes that games will make the best case for its inclusion of ARKit in iOS 11 and used several of them to demo the technology at its recent September 2017 product showcase. 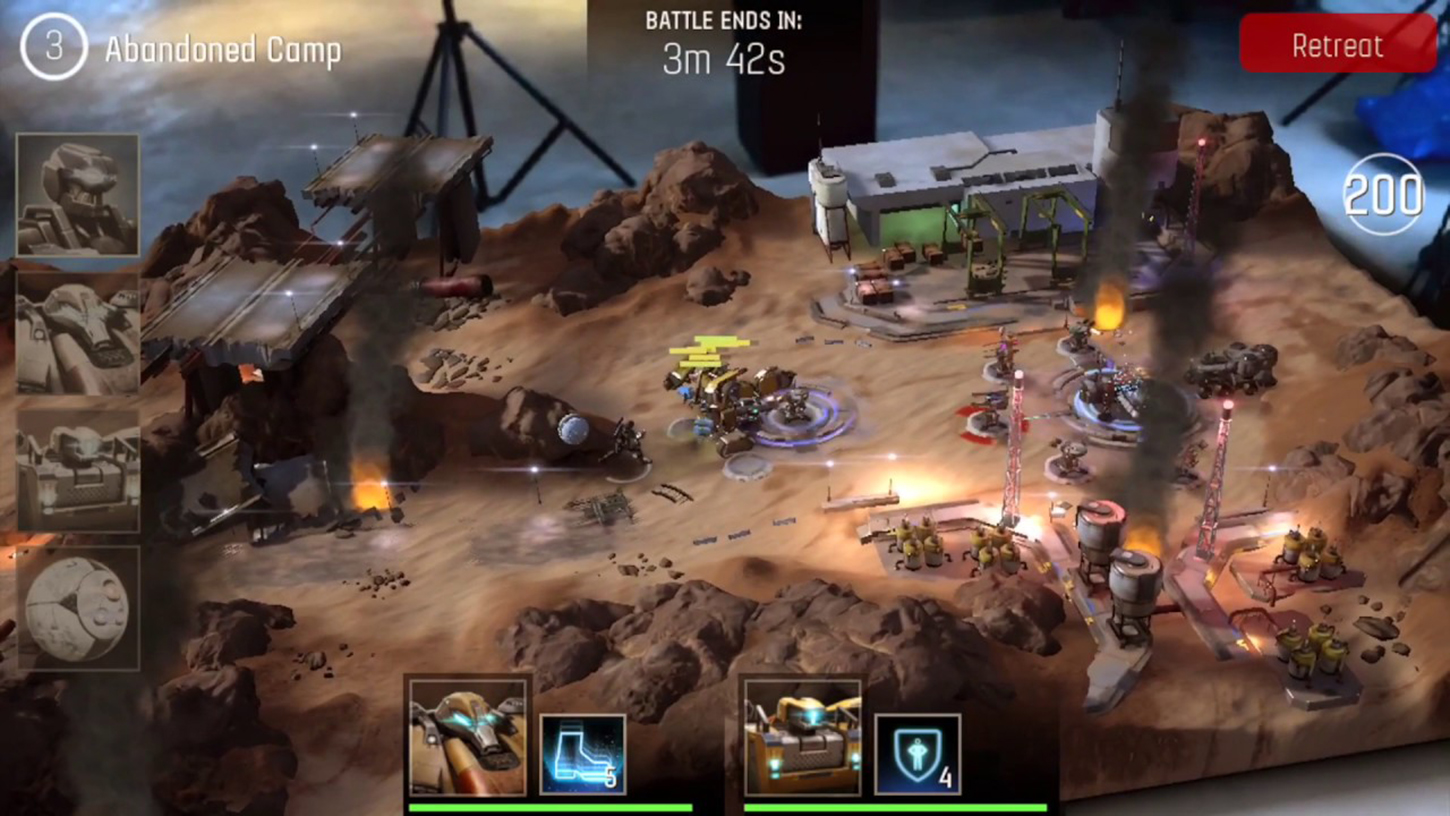 The Machines from Directive Games (above) showed an experience built from the ground up for ARKit on iOS, using it to place the playing field of a strategy game directly into the real world, allowing players to change camera angles and zoom simply by changing their device's position "in real life". This is more than just a neat trick, as it promises to revolutionize in-game cameras which, even on touch-based devices, are still cumbersome and finicky even in 2017. Another title demoed by Apple, 2015's Warhammer 40,000: Freeblade from Pixel Toys, will integrate ARKit in a more subtle way, enabling players to place robots and other characters from the game into the real world for photo taking.

Beyond these examples, we've already seen dozens of novel new AR-based game concepts floated by iOS developers large and small on forums, YouTube, and Twitter. If these ideas an be nurtured into fully realized games that deliver content to back up their concepts, and if Apple makes the big AR push on the App Store and elsewhere as we expect it will, developers who ride this epoch from its earliest days could reap significant rewards.

But It's Not Just for Game Developers

Of course, any app can implement ARKit technology, and we've already seen many example of non-game apps that are using it to good effect. Furniture and home decor retailer IKEA is proving this with its straightforward yet well-executed ARKit driven app called Place. As illustrated in the screenshot below, the app will enable users to place furniture and other items from the company's catalogs directly into their home in order to see if they'd be a good fit. This has been tried before, but Apple's ARKit tech brings a far greater level of believability to the effect than we've seen thus far. 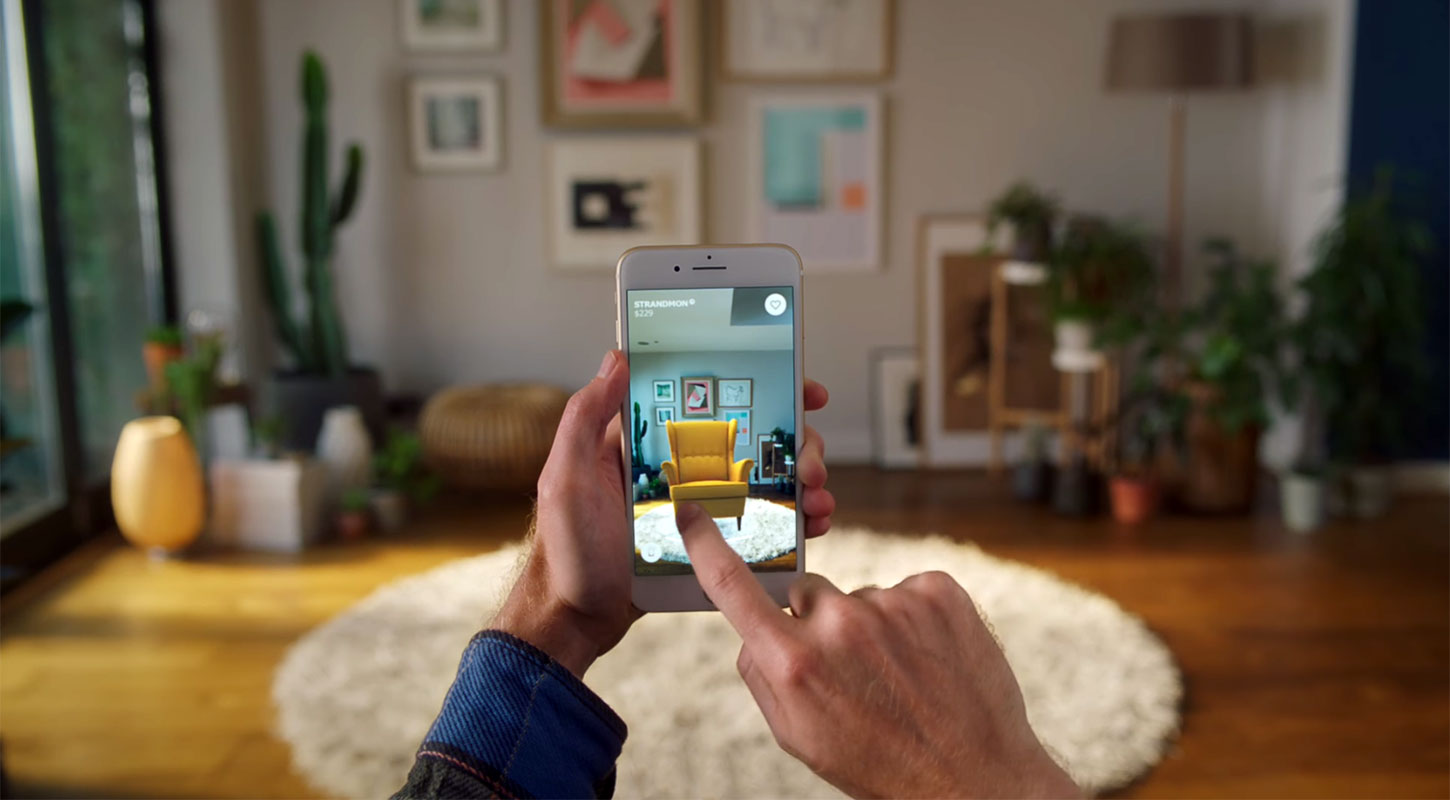 We expect there to be many smaller apps that attempt to address everyday needs through AR, such as automatic measurements of objects or taking even more of the guesswork out of finding where you're going. It may seem like games are where all the excitement will be at, but we honestly think some of the most compelling cases for Apple's AR push will come from the non-game realm.

There are fewer than 10,000 apps on the eve of iOS 11's launch that feature some degree of AR functionality. We expect this number to grow exponentially over the coming months, driven by ARKit, and will be tracking this emerging category of apps very closely along the way.